In reality, there are probably no wild places remaining 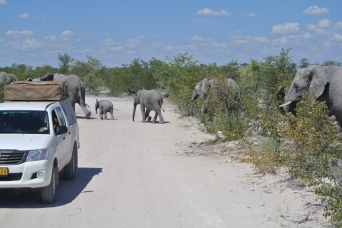 . The watering hole has a water tank and fences, the lions have identification tags, and are largely habituated to the gawking tourists with binoculars. Analogously, the emergency department has protocols, clinical guidelines, and triage scores. Both environments are semi-wild; neither completely open and wild nor fully closed and engineered. Nevertheless, even in the semi-wild, the known-unknowns are difficult to constrain or control and tend to be disproportionately impactful. The known-unknowns sometimes enter with a bang, as when a novel virus migrates and causes respiratory distress or they surreptitiously sneak past the clinical guidelines, as when a “low risk” patient with “atypical” chest pain has a heart attack. Although individually these events have been rendered rare, across, and through patient encounters, the atypical is typical and the distribution of events has a long tail. Our algorithms and our clinical guidelines generally tend to work well where the average is meaningful and events are normally distributed, however, they are hopelessly ineffective when the average is more of a statistical abstraction than a meaningful metric. In our single-minded pursuit of standardization and evidence-based medicine,  we may be relinquishing the one cognitive tool that we possess – skilled intuition – that can recognize events in the long tail with foresight rather than hindsight.

Intuition is often thought of as a magical and ephemeral phenomenon –  probably owing to the fact that it appears quickly and unknowingly in our consciousness. It is often referred to as a hunch that we act upon without knowledge of the reasons that justify them. We are unaware of the inferential process that delivers an intuition. It is knowing without knowing why we know.  Despite its occult qualities, intuition is an adaptive and evolved capacity of the brain. It takes advantage of rules of thumb – heuristics –  to efficiently and effortlessly narrow the search options and reduce the dimensionality of a problem. Seemingly disparate variables are chunked into categories and attention is focused on irrelevant input and honed in on the most important processes. Skilled intuition is developed in the process of learning a skill when you build up a memory bank of patterns from experience. It is knowing which heuristic to utilize in what situation. It is honed through observation, experience, and training. Intelligence, education, training, and hard work can improve intuition.

In general, many patients present to the emergency department with classic symptoms and these symptoms, and the patients can be mapped to established clinical guidelines, practice standards, and algorithmic decision making. The pattern is fairly routine and established clinical guidelines and algorithms can serve as the foundation for diagnosis and prognosis. However, in scenarios of vague symptomatology, or when patients deviate from the norm in meaningful ways, or in situations that are time sensitive with low information, algorithmic decision making and clinical guidelines cannot be foundational elements for decision making. In these long-tail scenarios, skilled intuitions based on rules of thumb serve to not only narrow the search options and reduce the dimensionality of a problem, but as a standalone, they can be highly accurate as they avoid overfitting data to a learned sample, and consequently generalize better across other samples (future essay). You hear phrases such as “he just didn’t look right” or “I just had a feeling so I ordered that test.” Intuition and intuition-based decision making should not be considered an occult gift but a required tool in any physician’s cognitive toolbox.  Unfortunately, the current landscape of workflows for physicians largely consists of physicians interacting with electronic health records, heavily leaning on clinical practice guidelines rather than observation and direct experience. Our intuitions are being tuned to extract information relevant data from electronic health records rather than to discern patterns and cues in patients through the direct observation and examination of patients.

Despite the illusion of control, emergency departments are semi-controlled environments. It is in the semi-wild where the known-unknowns invariably lurk and cause disproportionate harm because we are lulled by this illusion of certainty.  In such uncertain environments, the dogma and hegemony of evidence-based medicine (next essay) can prove to be dangerous because these guidelines are for typical patients with typical symptoms during typical times. Intuition based on heuristics – evolved over millions of years of evolution and calibrated by experience and observation can discern the in-betweens, the “unlikely” events, the long tails, the known-unknowns prospectively rather than retrospectively. As emergency medicine moves further into the era of protocoled and engineered care, it would be wise to think about what we lose without the judgment of skilled intuition.

Gut Feelings: The Intelligence of the Unconscience