In the Tale of a Springbok, I narrated the story of a springbok approaching an empty but hot desert watering hole in Etosha National Park, unaware of the two lionesses sitting underneath the bush in the periphery. As the scene unfolded, I anthropomorphized and looked on with mixed feelings vacillating from suspense and excitement to trepidation and sadness. Will the lions pounce on this poor springbok? Why is the springbok not suspicious of an empty watering hole on this hot and sunny day? Should I shout and warn the springbok away? Nonetheless, I remained silent and allowed the scene to unfold as if watching “Planet Earth”. Ultimately, the outcome was anticlimactic as the springbok approached the water, drank from the pond, and a few minutes later slowly but carefully ambulated into the distance. Again anthropomorphic thoughts entered my head. Why did the lions not attack? Were they lazy? Did they take pity on the springbok? Were they full? The springbok survived as we do – without ever knowing the counterfactual. What if the lions had attacked? More importantly, the springbok survived – without ever learning a possible correlation between an empty watering hole on a hot desert day and the high likelihood of the presence of predators.

As I described in my previous essay, humans can rely on the methodologies of science to augment their learning from direct experience. However, emergency medicine is largely devoid of relevant diagnostic and prognostic tools and emergency physicians are often relegated to training and experience. Training and experience vary and the lessons applied from one patient can often not be applied to the next patient. In general, the loop of learning consists of a prediction that leads to action and a subsequent outcome which feeds back to the inputs of prediction. Ideally, errors in outcomes lead to updates of experience which subsequently lead to improved predictions. This is especially true in structured or closed environments such as games and simulations. In these “kind” environments, patterns repeat with robust statistical regularities; information is perfect or nearly perfect, and feedback is extremely accurate and immediate. The science of deliberate practice – similar tasks with explicit instruction, and knowledge of outcomes that serve as immediate feedback –  yields high fidelity learning. In contrast, in unstructured or open environments – such as a sub-Saharan watering hole or the emergency department – rules are often ambiguous, information is often woefully incomplete, decisions are time delimited, and there may be repetitive patterns that are not obvious. It is the ambiguous and incomplete – the known-unknowns – compounded by delayed, missing, and inaccurate feedback that makes learning and decision making (next essay) challenging in the emergency department. Patterns are difficult to discern and sometimes, even more dangerous, what is learned is misapplied to new patients. In fact, as Nassim Taleb writes, in a complex world,  “intelligence is not about noticing things that are relevant (detecting patterns)…[It] consists of ignoring things that are irrelevant (avoiding false patterns).”  In an emergency department, where every patient encounter is laden with risk, patient encounters are randomly distributed between the representative and typical to the unrepresentative and atypical. In such a setting, you have to move beyond deliberate practice, recognize and apply patterns, but also avoid false patterns. You have to assimilate lessons that might even contradict your  direct experience 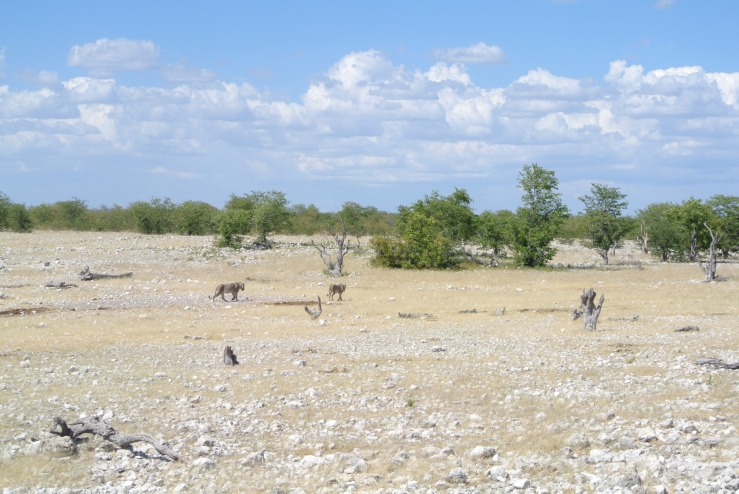 The philosopher, Eric Hoffer, stated, “in times of change, learners inherit the earth; while the learned find themselves beautifully equipped to deal with a world that no longer exists.” However, in contrast to environments with narrow and closed boundaries, change and uncertainty is the norm in the natural and social world. The springbok survived that fateful day, but it was not afforded the opportunity to learn. Exploring the counterfactual; what if the lions had attacked but the springbok managed to escape the predator? Would it have correlated a hot day and an empty watering hole with the presence of a predator? Would it have remembered this episode in the future and would it know that this correlation might not be applicable if the day was not so hot? Similarly, in the ER, should I discharge this patient with vague symptoms of chest pain but a negative workup? I wonder what happened to the patient that I discharged with chest pain last week? Is this patient with chest pain similar to last week’s patient who had an unexpected finding? Patterns in the wild are vague, second ordered, nuanced, and questionably ungeneralizable. Counterfactuals and false patterns abound. Solutions are often counterintuitive and deliberate practice is necessary but not sufficient. These complexities are exactly what makes learning and decision making in the social world challenging, intractable, and dispiriting.