“A long  habit of not thinking a thing wrong, gives it a superficial appearance of being right, and raises at first a formidable outcry in defense of custom. But the tumult soon subsides. Time makes more converts than reason.” –  Thomas Paine

“The strong do as they will; the weak suffer as they must.” – Thucidydes

“Observing others from the outside, I hold them responsible. Observing myself from inside, I can always think of good excuses for my behavior” – Emanuel Derman

“Our greatest illusion is to believe that we are what we think ourselves to be.” H.F. Amiel

“Much of the real world is controlled as much by the “tails” of distributions as by means or averages: by the exceptional, not the mean; by catastrophe, not the steady drip; by the very rich, not the “middle class.” We need to free ourselves from “average” thinking.” – Phillip Anderson

“I have learned to make my mind large, as the universe is large, so that there is room for paradoxes.” – Hong Kingston

“Of all men’s miseries, the bitterest is this: to know so much and have control over nothing.” – Herodotus

“Keep the company of those who seek the truth – run from those who have found it.” – Vaclav Havel

“The unusual and the unknown make us either overconfidence or overly fearful.” Julius Ceasar

“Our mind has the irresistible tendency to consider the idea it most frequently uses to be the clearest.” Henri Bergson

“Beware of the fallacy of misplaced concreteness.” – Alfred North Whitehead

“Man has no nature. What he has is…history.” – Jose Ortega y Gasset

Everything is related to everything else, but near things are more related than distant things. – Waldo Tobler

Things are snapshot of processes. They remain the way they are long enough to be recognized and named because of opposing processes that perturb and restore them. – Richard Levins

There is no substitute for qualitative understanding, the demonstration of a relation between the particular & the general. – Richard Levins

All knowledge comes from experience and reflection on that experience in the light of previous knowledge. – Richard Levins

Knowledge is power…but the truth is that knowledge further empowers only those who can or can acquire the power to use it. Richard Lewontin

Nature’s variety is so great that it is impossible for civilization, for all its tendency to make people uniform,  to conquer nature – Giacomo Leopardi

Memories are crafted by oblivion as the outlines of the shore are created by the sea. – Marc Auge

One must find a way of being in this world while not being of it. A way of living in time without being completely swallowed up in time. – Aldous Huxley

Nothing is built on stone; all is built in sand. But we must build as if the sand were stone. – Jorge Luis Borges

All faith is false; all Faith is true// Truth is shattered mirrors strewn// In myriad bits; while each believes// his little bit
the whole to known. – Richard Burton

“The man who only knows more and more about less and less is becoming a public danger.” — A.D. Lindsay

“The world is full of magic things, patiently waiting for our senses to grow sharper.” — William Butler Yeats

“What is wisdom? It is an application of experience to present problems, a view of the part in the light of the whole, a perspective of the moment in the vista of years past and years to come.” – Will Durant

“The map is not the territory.”  – Alfred Korzybski

“Every thought means another thought is unthought.” – Geoff Mulgan 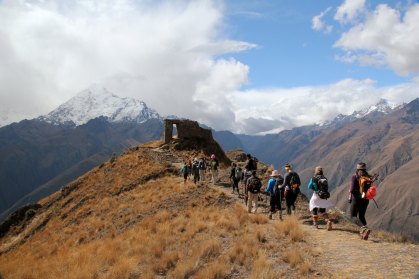 “Infinite players have rules; they just do not forget that rules are an expression of agreement and not a requirement for agreement.” James P. Carse

“Our greatest responsibility is to be good ancestors.” – Jonas Salk

“Anticipation is the stuff of dreams and vapors.” – Benoit Mandelbrot

“Every event, no matter how remote or long ago, echoes across all other events.” – Benoit Mandelbrot

“Science is a way of thinking, much more than it is a body of knowledge.” – Carl Sagan

“Some transformations are overt and heroic; others are quiet and uneventful in their unfolding, but not less significant in their outcom 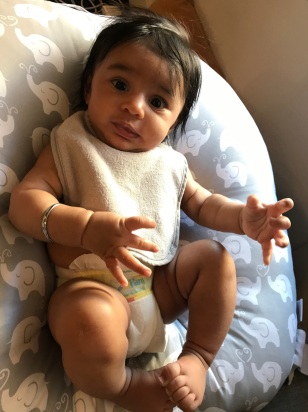 “The past is never dead. It’s not even the past.” – William Faulkner

“I have yet to see any  problem, however complicated, which, when looked at in the right way, did not become more complicated.” – Poul Anderson

“A definition is enclosing a wilderness of ideas within a wall of words.” – Marvin Minsky

“We always yearn for certainty but the only thing beyond dispute is that there is always room for doubt. And doubt is not an enemy that sets constraints on what we know, the real danger to mental growth is perfect faith, doubts antidote.” – Marvin Minksy

“The greatest obstacle of knowledge is not ignorance; it is the illusion of knowledge.” – Marvin Minsky

“Objectivity must be operationally defined 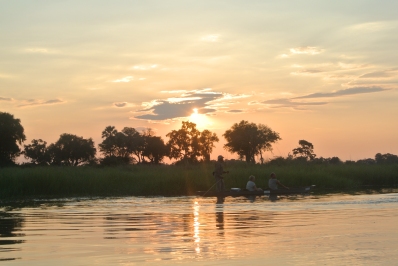 as fair treatment of data, not the absence of preference.” – Stephen J. Gould

“In searching for the truth, it may be our best plan to start by criticizing our most cherished beliefs.” – Karl Popper

“It is the best possible time to be alive, when almost everything you thought you knew is wrong.” – Tom Stoppard

“Nothing in biology makes sense except in the light of evolution.” – Theodosius Dobzhansky

“Nature is a cruel mistress. Having set us on our way with elementary instructions, she abandons us to fate.”

“One doesn’t arrive…by necessarily knowing where one is going. ” Ann Hamilton

“The coming events cast their shadows before, may they not sometimes cast their lights before.”- Ada Lovelace

“What magnifies a voice is a force of the mind and its power of expression.” – Lewis H. Lapham

“All that is gold does not glitter,
Not all those who wander are lost;
The old that is strong does not wither,
Deep roots are not reached by the frost.” – JRR Tolkien

Some questions you ask because you want the right answer. Others are valuable because no answer is right; the payoff comes from the range of attempts.

Wisdom is founded upon knowledge but shaped by uncertainty. Action is important, but so is judicious inaction. Emotion is central, yet detachment is essential

“A stochastic process is neither deterministic nor random. It is governed by a set of probabilities. Each event has a probability that depends on the state of the system and perhaps also on its previous history.” – Subrahmanyan Chandrasekhar

“Knowledge grows, but wisdom, though it can improve with years, does not progress with the centuries.” – Will Durant

“Knowledge is power, but wisdom is liberty.” – Will Durant

“The present is the past rolled up for action, and the past is the present unrolled for understanding.” – Ariel Durant

“Human history is a brief spot in space, and its first lesson is modesty.” – Will Durant

“Generations of men establish a growing mastery over the earth, but they are destined to become fossils in its soil.” –  Will Durant

“Greatest shortcoming of the human race is our inability to understand the exponential function.” – Al Bartlett

“Evolution is cleverer than you are.” – Leslie Orgel

“We humans spend our lives convincing that existence is not absurd.” – Albert Camus

“The realization that life is absurd cannot be an end, but only a beginning.” – Albert Camus

“Optimal experience is not the result of a hedonistic, lotus-eating approach to life…[it] requires determination and discipline. There is a mutual relationship between goals and the effort they require. Goals justify the effort they demand at the outset, but later it is the effort that justifies the goal.”- Mihaly Csikszentmihalyi

“Uncertainty that shrouds the future is not so much a veil but an iron curtain.” – Paul Ormerod

“The best chance to lead a sweet life and generate offspring in the embrace of beauty and the pursuit of pleasure – pleasure not as the sensual debauchery but as the sense of well-being embodied in living justly and lovingly in a generosity of spirit.” – Lewis H. Lapham