Aging or senescence  is defined as the “progressive, generalized impairment of function, resulting in a loss of adaptive response to stress.” The desire to overcome this seemingly inevitable decline is as old as human consciousness. There are ancient stories abound speaking to the quest for immortality. The ever illusive elixir of life restores the youth of anyone who drinks from its waters. In Indian culture, Amrit is the “nectar of immortality,” the Chinese believed that ingesting long-lasting precious substances such as jade, cinnabar or hematite would confer some of their longevity on the person who consumed them. The English author Aldous Huxley said, “the knowledge that every ambition is doomed to frustration at the hands of a skeleton have never prevented the majority of human beings from behaving as though death were no more than an unfounded rumor.”  In Tithonus’ dilemma, Zeus granted Tithonus immortality but neglected to grant him youth, and therefore, “without the strength to move his once-supple limbs, [he] babbled on endlessly.” However, what is the evolutionary explanation of aging? Why does natural selection result in injurious features such as senescence and late-life degeneration instead of the more favorable outcome of eternal yo
uth and immortality?

Most things in biology can be explained if viewed through the prism of evolution and across the biological landscape, aging is not a universal law applied to all species. Not all animals age and some are in essence immortal. Our evolutionary ancestors – the reptiles – do not have an increase in mortality with age, have exceptional regeneration capabilities, and do not undergo reproductive senescence. These reptiles die from extrinsic causes rather than age related decline. In contrast, all known mammals a 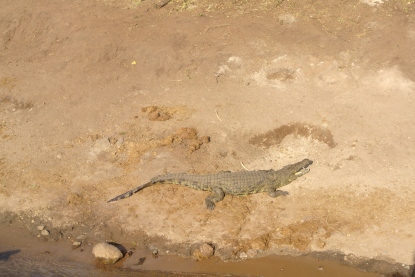 ge and have increased age associated mortality, poor regeneration capabilities, and undergo reproductive senescence (menopause). Furthermore, this pattern and trajectory of aging amongst mammals is consistent across species. The hypothesis explaining this phenomenon is that approximately two thirds of mammalian history was spent during the time of the dinosaurs, and consequently, at the bottom of the food chain. This meant high extrinsic (predation) mortality rates, and therefore, factors that promoted rapid development and short lifespans. It is only after the extinction of dinosaurs (~65 million years ago) that mammals started to dominate the ecosystem and subsequently in some mammalian species such as humans, whales, and elephants, longevity evolved.

However, since most of the aging phenotypes begin after the reproductive period of evolving organisms, natural selection has minimal impact on these phenotypes. Evolution does cannot select for or against aging.  It is exactly this fact that forms the basis of evolutionary theories of aging. Aging evolved by default as the result of the absence of forces of natural selection that might otherwise eliminate mutations that promote senescence. The antagonistic pleiotropy theory states that genes that are beneficial early in life and are harmful at later ages. Aging is a byproduct of natural selection. An example of such pleiotropy is the costly sexual ornaments of male peacocks that are crucial to attract females but thereafter becomes an handicap in escaping predators. Similarly, in the mutation accumulation theory, aging is a nonadaptive trait because natural selection is negligent of events that occur in a few long-lived organisms that provide limited contribution to offspring members. For example, a mutant gene that kills children will be strongly selected against whereas a lethal mutation that is expressed in people in their sixth or seventh decades will accumulate leading to an increase in mortality rates late in life. In other words, genes that are harmful early in life are selected against whereas, genes that are harmful late in life are not selected against and therefore accumulate in a population. Lastly, the disposable soma theory works on the premise that organisms must reach a balance between the metabolic resources they invest in soma maintenance and reproduction with the goal of maximizing an individual’s lifetime yield of progeny. All that is necessary is that the body remains in sound condition until an age after which most individuals have died from extrinsic causes. In fact, a greater investment in maintenance is a disadvantage because it consumes resources that in terms of natural selection are more effectively utilized for reproduction. Aging occurs as the number of unrepaired mutations gradually increase above the maintenance or repair level and the phenotypic manifestations of these unrepaired mutations occur in late life.

A recent article in Nature, “strongly suggest that the maximum lifespan of humans is fixed and subject to natural constraints.” They looked at four countries with the most supercentenarians (people who live to 110 years or more) and found that the maximum age has not increased since 1990 and there have been no improvements in survival rates after the age of 100. If aging is not programmed but essentially a non-adaptive byproduct of natural selection that prioritizes the young over the old, is this purported ceiling on maximum lifespan a hardwired precondition or a statistical anomaly? Only time will answer that question but what is clear is that if we are going to make the next jump in life expectancy and life span, it will require a paradigm shifting advancement of genomic level understanding that will allow us to overcome the millions of years of evolutionary neglect that enables aging and the eventual demise of bodily functions. This will be a monumental task as history has repeatedly shown us and the biologist Leslie Orgel axiomatized, “evolution is cleverer than you are.”

1 thought on “Evolution is Cleverer Than You ”